I arrived one hot and muggy night in late July, 1961 with the intention of finding a house to restore. Such an idea had been put in my head by cousin Oscar D’Esopo, professor at The University of Puerto Rico, who had lived and loved Puerto Rico for thirty years. He knew the restoration program of Old San Juan had just begun and would send me to Dr. Ricardo Alegria, Director of the new Instituto de Cultura. 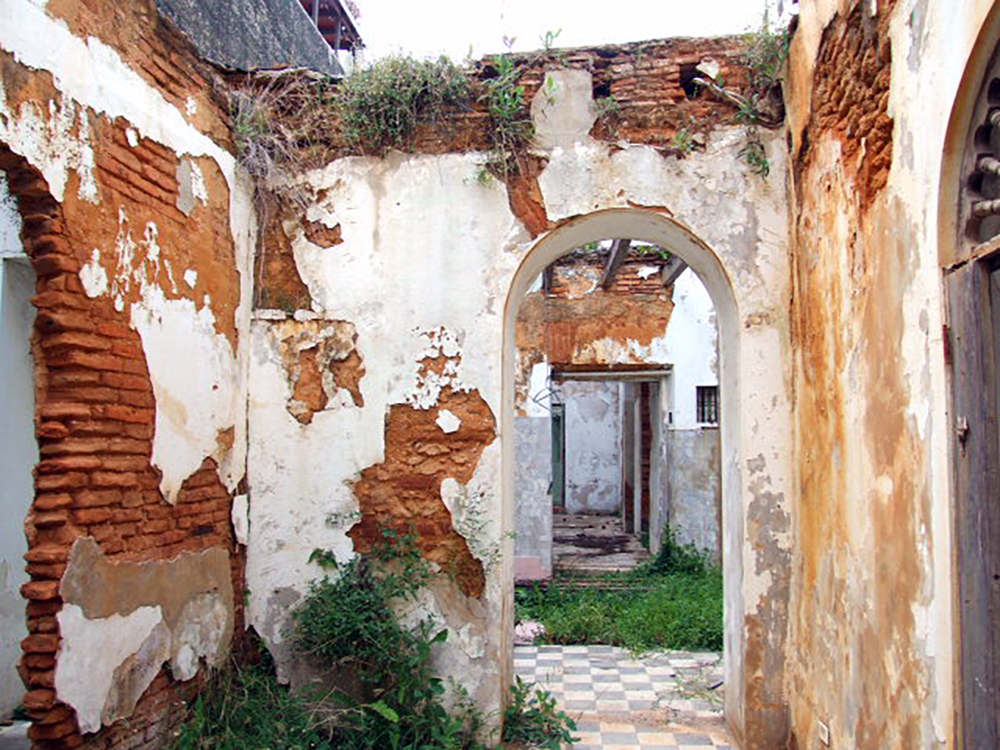 Coming from Boston’s North Shore, it was easy for my artistic and imaginative mind to relate to such large homes and their inhabitants. My Richardson in-laws, “from the previous administration” as Manuco called them, lived in castles with right-of-way to the beach (a mowed swath of beautiful grass) stretching for a mile to the sea. These properties had rights that were actually 999 year leases granted by the King of England. Much of the Inn’s furnishings came from these New England roots. 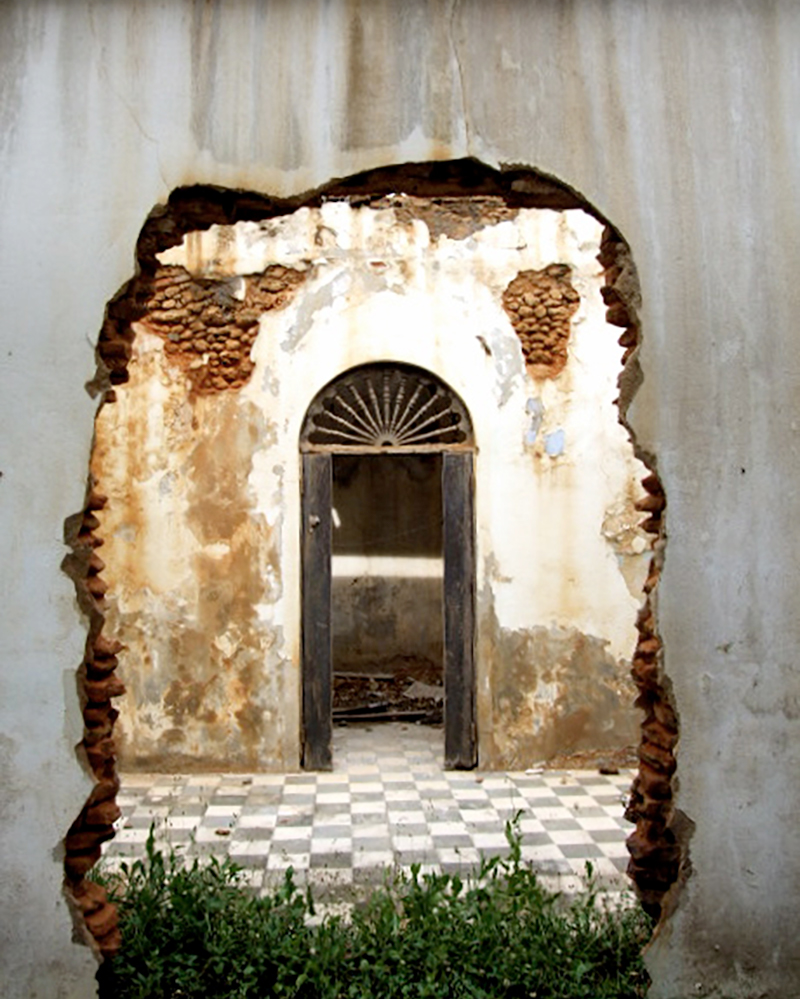 Very early the next morning I searched property sales in the local paper, The San Juan Star. Long before noon, I was putt-putting up the Boulevard with new friend, realtor Biaggi in an old Volkswagen. “Stop” I shouted, “lets look at this one!”

Upon pushing in the cross-nailed front door, stepping over multicolored broken glass and walking into what felt like an ancient secret garden, I had arrived at the Old Cueva del Indio. Relating magnetically to the sculptured architecture, I was breathless with excitement. Some how there was such a strong feeling… I knew I was looking at the rest of my life. This would be the theme for all my future paintings. It would be where my children grew, met their future spouses, the grand children played and great grand children would know its walls and gardens at a very early age. Within this peaceful beauty was a feeling of precious security and a life’s challenge. Here I would create my paintings, sculpture and my life’s work. As the years passed, the original ruins grew from being my house and eighteen apartments to The Gallery Inn. 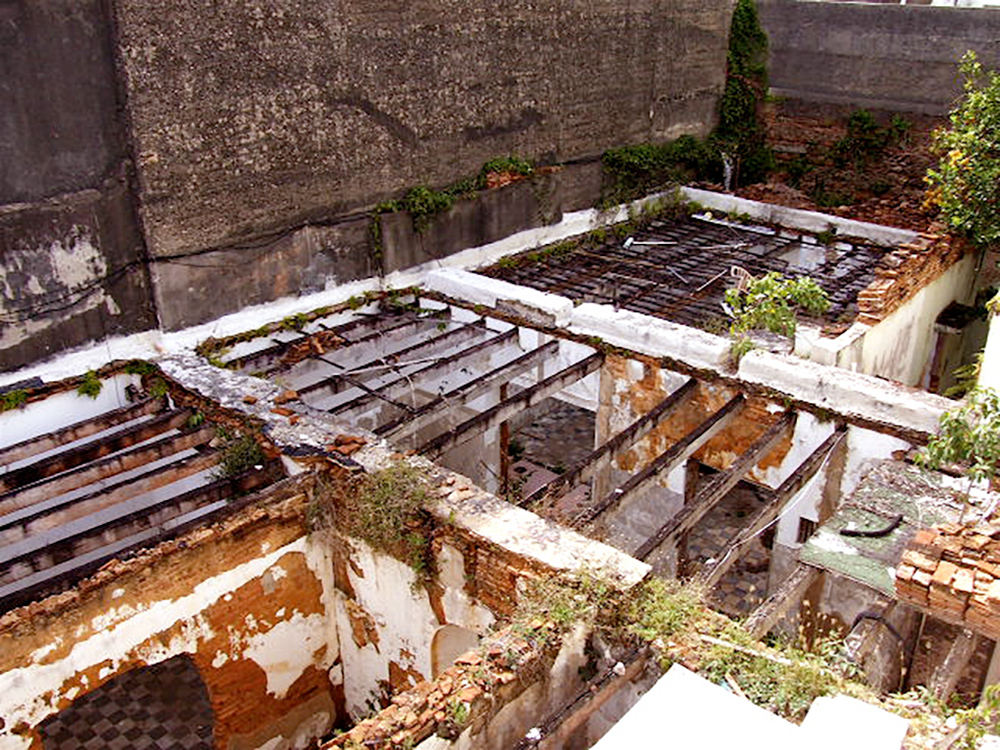 Manuco would come into my life in 1963. It would take another eight years before we became a married pair of partners in art (another story). He joined my enthusiasm for antiquity, restoring many more houses himself. He became my helpmate, creating gallery spaces, a state of the art silkscreen shop, a frame shop and full-fledged micro-foundry; all he ran himself. Together we created more than forty serigraph editions. We framed them, exhibited and delivered them. One frantic memory of our labors was an edition of 225 silk screens framed for the opening of The Conquistador Hotel a week later. “That’s impossible” I wailed to the client while accepting the generous deposit for such a brave commitment. “Well”, stated Mr. Andrews; “that is precisely why we chose YOU for the job”. 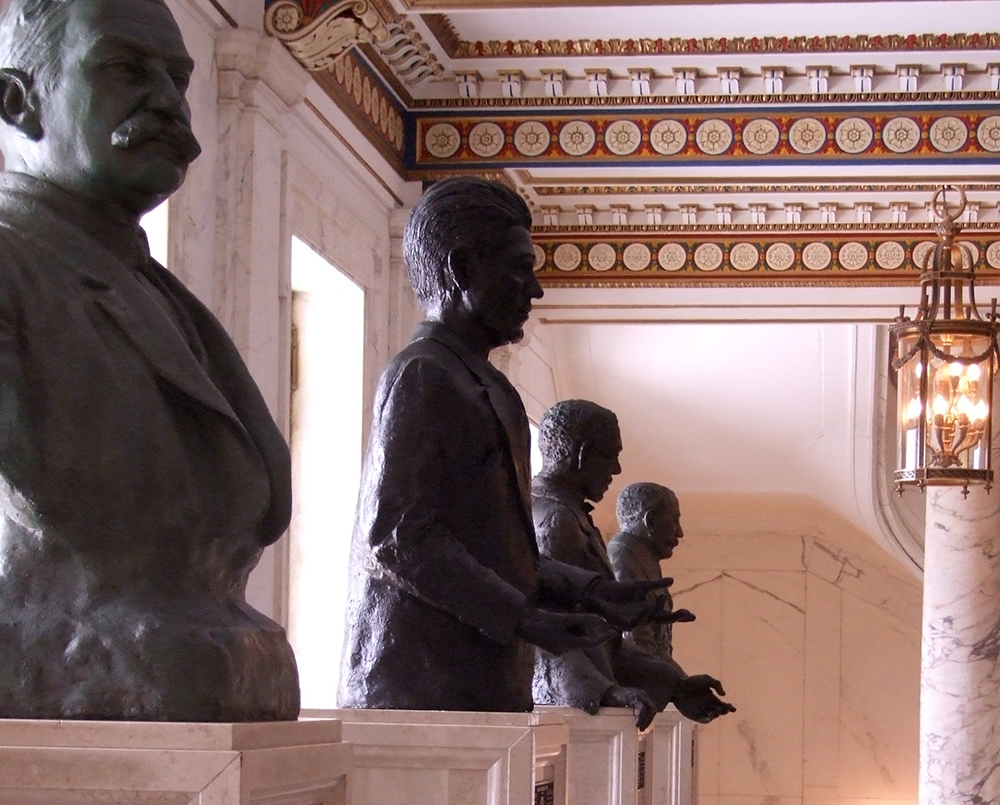 With our studio assistants and eight potholders, Manuco carried a hot, nine hundred pound bronze statue up the marble steps of the Capitol to the awaiting pedestal. It was sizzling hot because he had only moments before finished searing the patina with torches. This was only two hours before its unveiling. Manuco worked tirelessly into each night, pouring bronze, creating all 13 sections later to be welded together. The welding studio was in front at the entrance (you can still see the tracks of the welding table to this day). Curious people would stop because there were so many bright lights to illuminate our nocturnal work, everyone thought we were filming a movie. He worked under enormous pressure, a pressure that is only brought by knowing that the invitation for the “opening” sat on the Front Desk. It had already been sent by the governor to hundreds of guests! 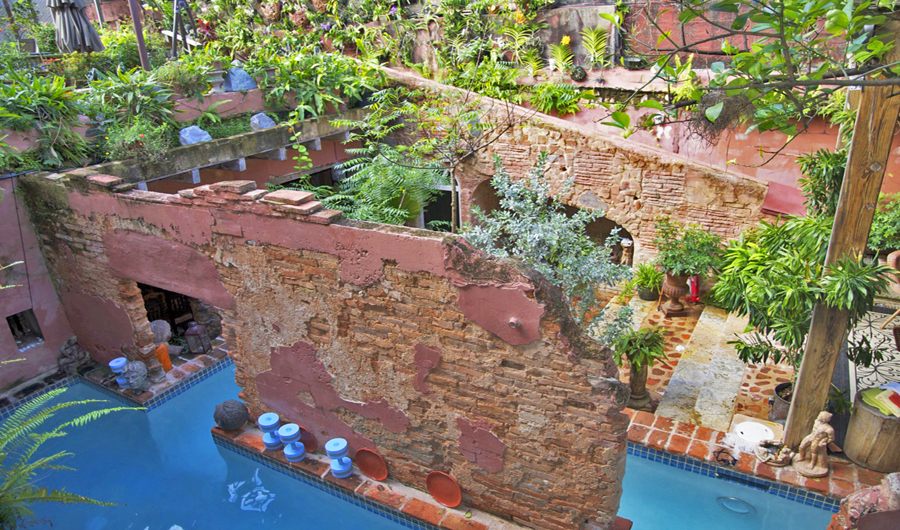 We became an inn gradually through the late seventies to the early eighties and our guests of that time enjoyed watching the bronze pouring, the zip zip of the silk screen squeegee running colors over each print. These adventurous souls shared our art creations. In those days, gambling, sunburned tourists went to the hotel chains to clink rum-punch filled glasses at golf courses and swimming pools while their curious counterparts became our guests. They found their way into Old San Juan, long before any real hotel had ventured to open. 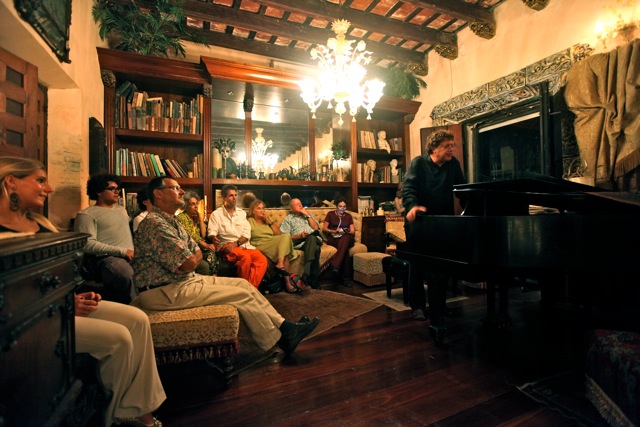 Year by year we have hosted the art people: many of them are quite famous today. The classical music you hear throughout our spaces are the CDs of our visiting musicians, some of the world’s best, all of whom have played chamber music in our candle light concert series. 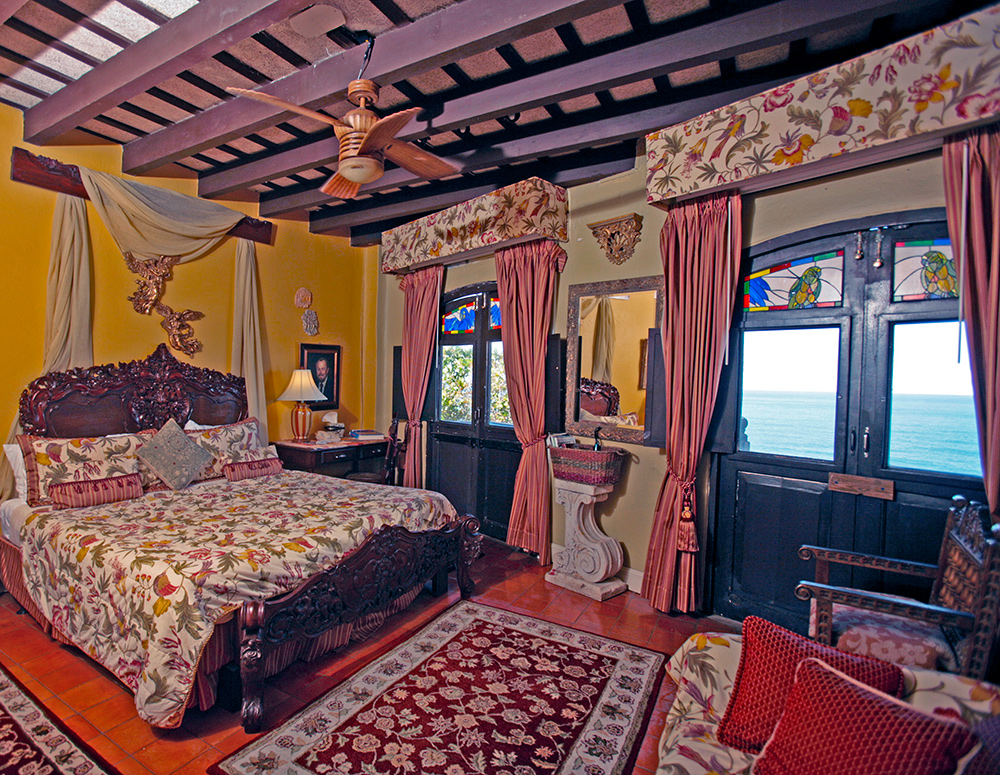 These are only some of the many reasons that the Gallery Inn is a special place. Every corner has a story; every room its special flavor, all of them checker block full of prints, paintings, sculpture and memories from five decades of D’Esopo/Gandia style. Spread through six adjoining buildings going back to the mid seventeen hundreds, we share with you a historic gem, crafted by time, dappled with chunks of history and plied by loving hands, all of which have brought life to these rooms and open spaces. Enjoy! You have entered history!