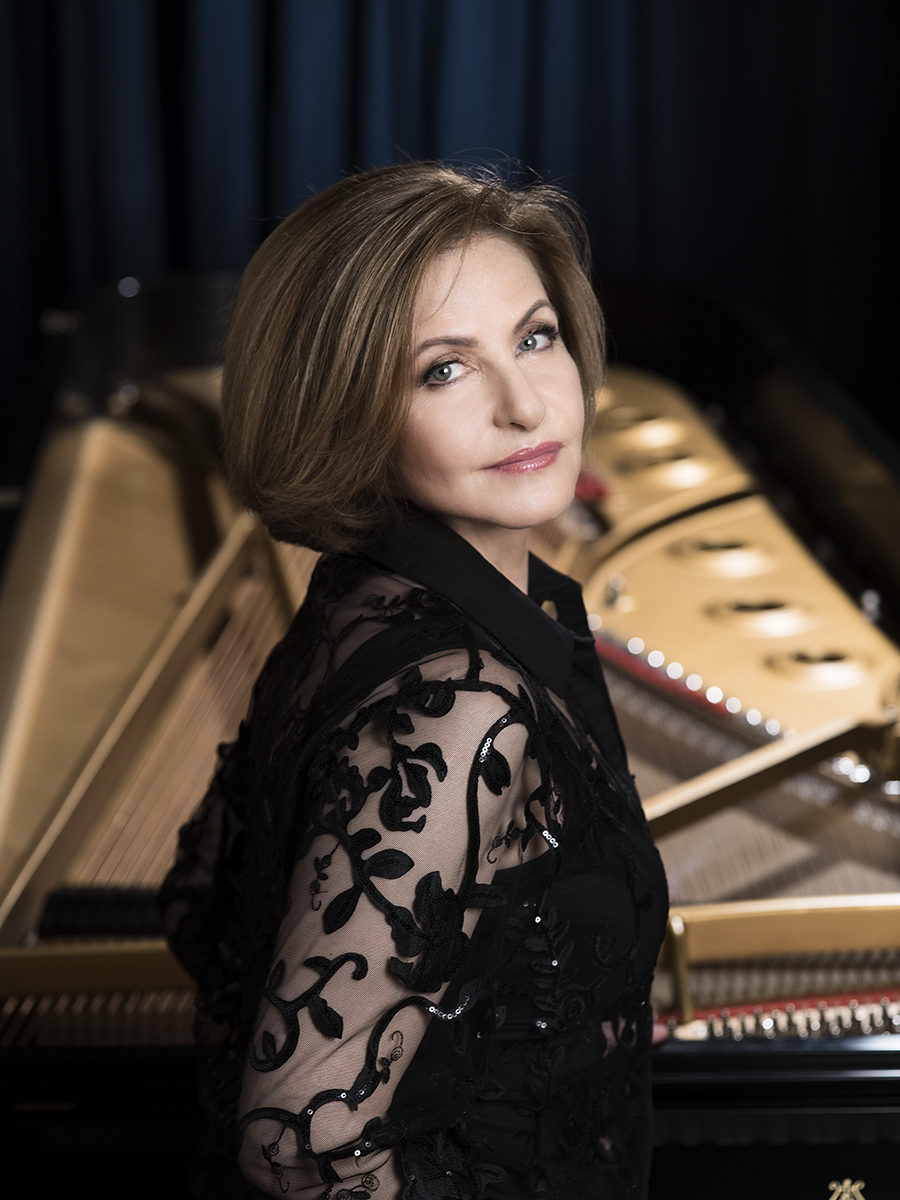 On August 10th at 4pm, join us for a special piano concert by Golda Vainberg-Tatz, a “fascinating interpreter” and “artist of depth and virtuosity”,  who was played in major halls throughout the world. She will be accompanied by Henry Hutchinson and Veronica Pellegrini on the violins, Doménico Hueso on the viola and Elisa Sabada on the cello showcasing music from Chopin, Debussy, Ravel, and Franck.

Hailed as “a pianist with wonderful firm, clear touch” (New York Times), Golda Vainberg-Tatz received her musical education in Lithuania at the Čiurlionis School of Arts, the Tel Aviv University School of Music, and the Juilliard School in New York.