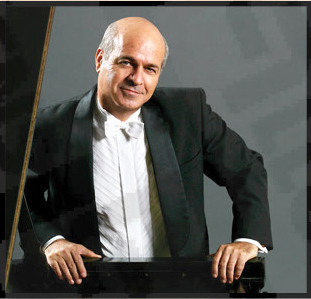 On September 7th at 6pm, join us in the Cannon Club of the Gallery Inn for a piano concert by Enrique Graf. He will be accompanied by Henry Hutchinson and Inoel Jirau on the violins, Fernando Vela on the viola and Jesús Morales on the cello showcasing music from Bach, Mendelssohn, and short pieces of Brahms and from his native country Uruguay.

Steve Sherman of The Washington Post described Graf’ as, “Wonderfully inevitable Bach…Graf is a musician first and, only after that, an assured and technically complete pianist.”

Internationally acclaimed pianist Enrique Graf is one the world’s premiere virtuosos equally sought after as a soloist, chamber musician and teacher. He has been variously described as “one of the best interpreters of his generation” (El Pais), who plays with “fiery virtuosity” (The New York Times). “If you ever have the opportunity to hear Graf, do yourself a favor and go” (Newark Star Ledger).